Over the past couple of months, KU Leuven researchers prof. Veerle Baekelandt, prof. Bart De Strooper and prof. Peter Carmeliet were presented with a number of important awards in recognition of their groundbreaking research.

Professor Peter Carmeliet of the Angiogenesis and Vascular Metabolism Laboratory, VIB-KU Leuven Center for Cancer Biology (CCB), has been awarded the 2018 Heineken Prize for Medicine, for his important and fundamental research into blood vessel formation (angiogenesis) and his most recent innovative achievement in endothelial cell metabolism in angiogenesis.

Professor Veerle Baekelandt was awarded by the ‘Vlaamse Parkinson liga’. She received a price of 100.000 euro for her pioneering research on Parkinson’s disease and MSA (multiple system atrophy). 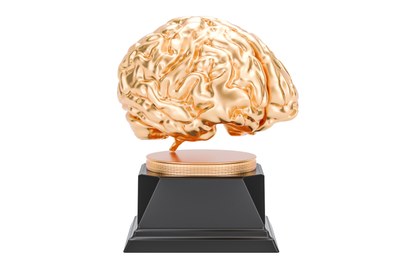 The research group of prof. Baekelandt demonstrated that the conformation or folding of the protein alpha-synuclein – a central player in both Parkinson’s disease and MSA – plays a key role in the development of the specific pathology in the rodent brain.

The fibrillary form of the protein gives rise to a Parkinson’s disease like phenotype after injection in the brain, while a ribbon like form leads to MSA like pathology.

The price was awarded during the World Parkinson Day on April 15 at the ICC in Gent by the chair of the ‘Vlaamse Parkinson Liga’, Leo Boermans. The money will be invested to deepen the understanding of the importance of the conformation of the alpha-synuclein protein in both Parkinson’s disease and MSA.

The Lundbeck Foundation awards the annual Brain Prize to scientists who have distinguished themselves by an outstanding contribution to neuroscience and who are still active in research.

This year, the price is awarded to professor Bart De Strooper of the department of Neurosciences, KU Leuven, and the VIB Center for Brain & Disease Research, and to 3 international colleagues: Michel Goedert, Christian Haass and John Hardy.

They receive the award 'for their groundbreaking research on the genetic and molecular basis of Alzheimer’s disease, with far-reaching implications for the development of new therapeutic interventions as well as for the understanding of other neurodegenerative diseases of the brain'.

More info on the price can be found here.

Professor Peter Carmeliet receives the prestigious ARC Foundation Léopold Griffuel Award for basic research. This award is a recognition for the groundbreaking and significant research of prof. Carmeliet on the growth and functioning of blood vessels in tumors, and for his pioneering research on blood vessel metabolism.

Recognition groundbreaking research Prof. Carmeliet is head of the Angiogenesis and Vascular Metabolism Laboratory of the VIB-KU Leuven Center for Cancer Biology Institute (CCB). This award is a recognition for the groundbreaking and significant research of prof. Carmeliet on the growth and functioning of blood vessels in tumors, and for his pioneering research on blood vessel metabolism.

Important prize cancer research The Léopold Griffuel Award is one of the most important prizes in the field of cancer research in Europe. Since 1970, it rewards scientists and physicians, who have made important contributions to better understand, diagnose, cure and prevent cancer. It has been created in accordance with the will of Mrs. Griffuel by bequest, in honor and memory of her late husband, Mr. Léopold Griffuel.